First coined by psychologists Salovey and Mayer in 1990, the term ‘Emotional Intelligence’ talks about our capacity to process, perceive, and regulate emotional information effectively and accurately. Emotional intelligence can be used on others and in ourselves to process information to guide our thinking and actions, along with influencing feelings in others.

What are EQ Skills?

Emotional Quotient or Emotional Intelligence refers to our ability to use, understand, and positively manage our emotions to communicate effectively, relieve stress, and empathize with others. Having EQ skills can help us succeed in school and work, build stronger relationships, as well as achieve personal and career goals. Moreover, EQ skills can help us connect to our feelings, make informed decisions, and turn intention into action. EQ is commonly defined by these four attributes:

Are EQ and IQ Mutually Exclusive?

Many people score highly in both EQ and IQ tests. They’re both used to measure intelligence and there can be some overlap between both of these. Our synapses and neurons’ ability to send and receive signals can determine our IQ and EQ. Scientists believe that the temporal, frontal, and parietal lobes are responsible for managing both our EQ and IQ.

Some people might have a lot of one or the other, but it’s possible to cultivate and train both. While genetics may influence both IQ and EQ, there are various brain activities that you can do to boost either trait.

Why Geeks, Nerds, and Engineers Typically Do Not Have EQ Skills

Unfortunately, many geeks, nerds, and engineers, usually don’t get the chance to develop their EQ skills simply because they often think they can outsmart everyone. As a result, they will wonder why their career has stagnated or why they haven’t gotten promoted.

Another reason why this group of individuals lacks EQ skills is that they’ve learned to ignore emotions relevant to them. This leads to a socially awkward personality and being rejected by peers. This can be emotionally painful, and as a result, they will push themselves to be the best in every aspect of life that doesn’t need EQ or social skills.

How The Lack of EQ Skills is Holding them Back

Based on people’s real-life experiences, having a higher EQ is an essential trait to have when wanting to move up the ladder. However, we’re also required to have adequate training and experience, both of which will also help us towards getting promoted. All too often, we’ll see professionals who are highly talented and qualified at what they do but aren’t able to adapt their actions or communication according to a social situation — as such they aren’t self-aware enough to accept constructive feedback.

As a result, they were either passed over for promotion or quickly removed after starting a position that needed a higher EQ than they possessed. If you don’t think that EQ is all that important, then consider these statistics from past studies:

The smartest people aren’t always the ones who reap the most success. IQ on its own isn’t enough to get the success we want in life. While it’s our IQ that will get us into college, it’s our EQ that helps us manage our emotions and stress whenever we face huge challenges. Because EQ and IQ work together, they work best when they build from each other. Here are just a few things that emotional intelligence affects:

How AI May Eliminate Jobs that Do Not Require EQ Skills

If you’re worried about Artificial Intelligence (AI) taking over jobs, you should be. There are various things that they can do that we, as humans, simply can’t compete with. However, this doesn’t mean that everyone will lose their jobs — those that require EQ skills (which AI doesn’t possess) are sure to pave the way to the jobs of the future. Here are just a few reasons how AI can eliminate positions that don’t need EQ Skills.

AI Doesn’t Get Tired or Bored

Humans are prone to problems such as personal stress, lack of rest, and boredom from repetitive tasks. For example, staying up late at night will have an impact on how we perform at work the next day. Computers, however, don’t need to sleep, and their operational ability remains the same unless they have no power.

Computers Don’t Make as Many Mistakes

Unfortunately, making mistakes is part of human nature. This isn’t true of computers, however, and they aren’t susceptible to errors. Once they get instructions, they will execute them perfectly, which makes them essential for jobs such as data entry. AI will likely take over jobs that involve transcribing, copying, pasting, and typing.

AI-Controlled Machines Can Do Dangerous Tasks

Jobs that involve factory work, machine assembly, and mining expose all workers to danger. Whether it’s extreme temperatures, dangerous fumes, or falling objects, there are plenty of situations or circumstances where workers can be killed or seriously injured. AI can be used in these fields to ensure that processes are more efficient and that humans stay out of danger.

While building and training an AI machine may cost more at first, its overall costs for operation are much lower compared to paying someone to do the same job. Companies can save a fortune by keeping a machine running through electricity and providing it with occasional maintenance.

However, hiring a human will take resources to find and then train them, along with having to pay them a yearly salary as well as paying them the required benefits.

As discussed above, there are many reasons why geeks should have leadership skills. Here are important things to remember: 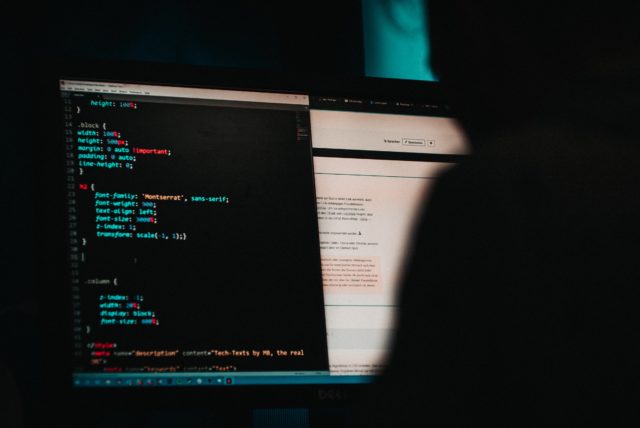